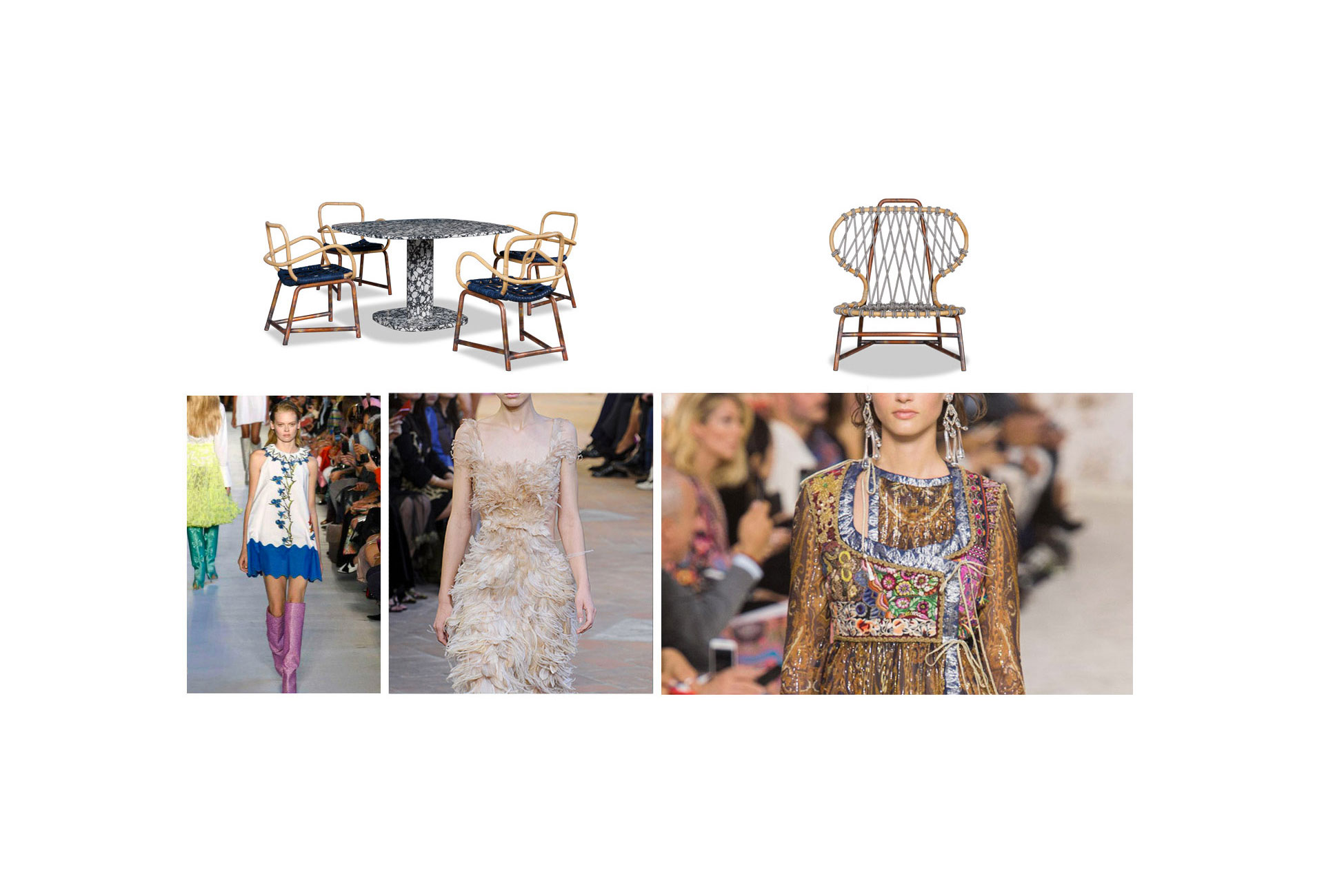 THREE TRENDS AND TWO REALITIES: FROM FASHION TO INTERIOR DESIGN

Sometimes it is the case that two realities meet. It can happen by chance, by fortune, or because their borders are so close to almost blend one with each other.

More than once, it has occurred in the field of fashion and interior design: they’re both expression of the individual and collective id, tied by a knot that holds tradition, culture and innovation. It is the fashion design to cloth an individual, the interior to cloth his home.

Also, it has happened during the Milan Fashion Week PE 2018 that has seen, next to icons of yesterday and today, the new styling features of fashion walking down, fated to become a trend: among the several proposals, three of them have got the attention inside and outside the fashion show. First, the influence of nature and of its expressive strength; then, the presentation of a new colours palette that steams from blue; and finally, the avantgarde (sometimes structured) of the geometric pattern. The three subjects are present in Baxter’s new collections as well, interpreted according to the brand’s DNA, which has always paid attention to artistic fusions.

Between tradition and innovation, that’s how the trends of the season have been interpreted on the runway and by Baxter.

It is told that the Fashion Week brings rain. And whoever tells it is right, indeed: after years of ashen welcome, at last, Milan has opened its palaces’ doors under the sunlight. A perfect welcome and background for the 2018 PE’s collections that have introduced nature in city. They’ve carried this out with the flowers by Vivetta, telling about a fashion which is half-way between dream and reality, similar to French realities and also with the ethnic patterns by Etro, staking everything on an ancestral and romantic escapism. And they’ve done all this with lightness, like Alberta Ferretti ‘s feathers, without imposing themselves and yet taking centre stage.  The nature subject has catapulted us “beyond” household walls into a sort of garden – or jungle -  to customize. All this, not only with fashion, but also with the furniture by Baxter that, for the first time, has dedicated a whole part of its collection to outdoor. The Manila chair and armchair by Paola Navone, for example, play with weave and materials; or even the Matera tables, of different dimensions and heights, that enhance the materiality of the natural elements. This is partly due to the will of rediscovering our most authentic and natural side, exorcizing rain and enhancing the open-air spaces.

HOW MANY BLUE DO YOU KNOW?

“From sky to sea, it was an endless variety of blue […]: grey blue, midnight blue and navy blue, dark blue, lavender blue. Or even eggplant blue, during stormy evenings. Green blue. Copper blue of the sunset, before the mistral.” The writer Jean-Claude Izzo would have answered like that, while we personally tend to forget about the several shades of blue: and yet, these are right the element that make it the passe-partout colour par excellence, true synonymous with style and practical elegance. The Milan Fashion Week makes us remember about this, especially with three brands: Agnona cuddles us with the tulle and its romantic cyan blue, Fendi surprises with well-balanced mixes of different shades, from cobalt blue to sapphire. Finally, Philosophy reminds an almost military attitude with a midnight blue. Baxter, too, has studied this colour’s varieties, from cobalt blue of the Tactile sofa by Vincenzo De Cotiis to the opal shade of the Capri armchair by Paola Navone. A real ocean of nuances.

BETWEEN RIGOUR AND REVOLUTION

Graphic and geometric, sometimes sharp-cornered, always able to represent the urban mood: the geometric trend consists of rules, parallelisms and logics that often come from the dictates of fashion. This is what Maryling does during the Milan Fashion Week, presenting dresses that look like white canvas, embellished by traits such as asymmetric brush strokes; and Aquiliano.Rimondi does that, too, matching lines of different dimensions and volumes as well as concepts like femininity and formality. Instead, Armani looks for the typical rigour of geometry, choosing the magnetism of weaves to create contemporary and rigorous looks. These weaves are the same ones we see in the item “Tilda”, the black wicker seat by Francesco Bettoni, that fascinates with its presence, grand and gentle at the same time. Another example of geometric harmony? The print of Mantice, the screen by Pietro Russo in satin brass and birch plywood. 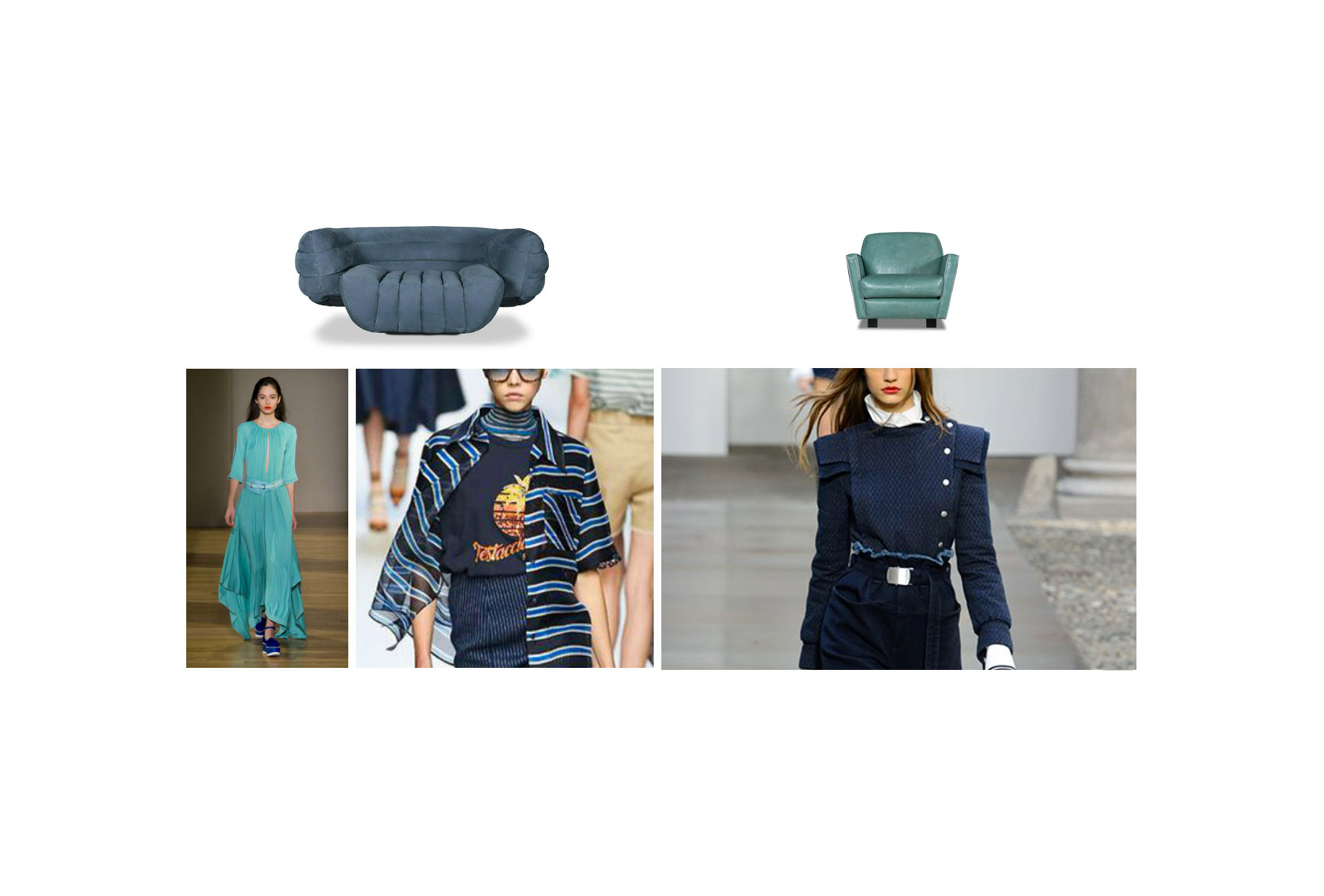 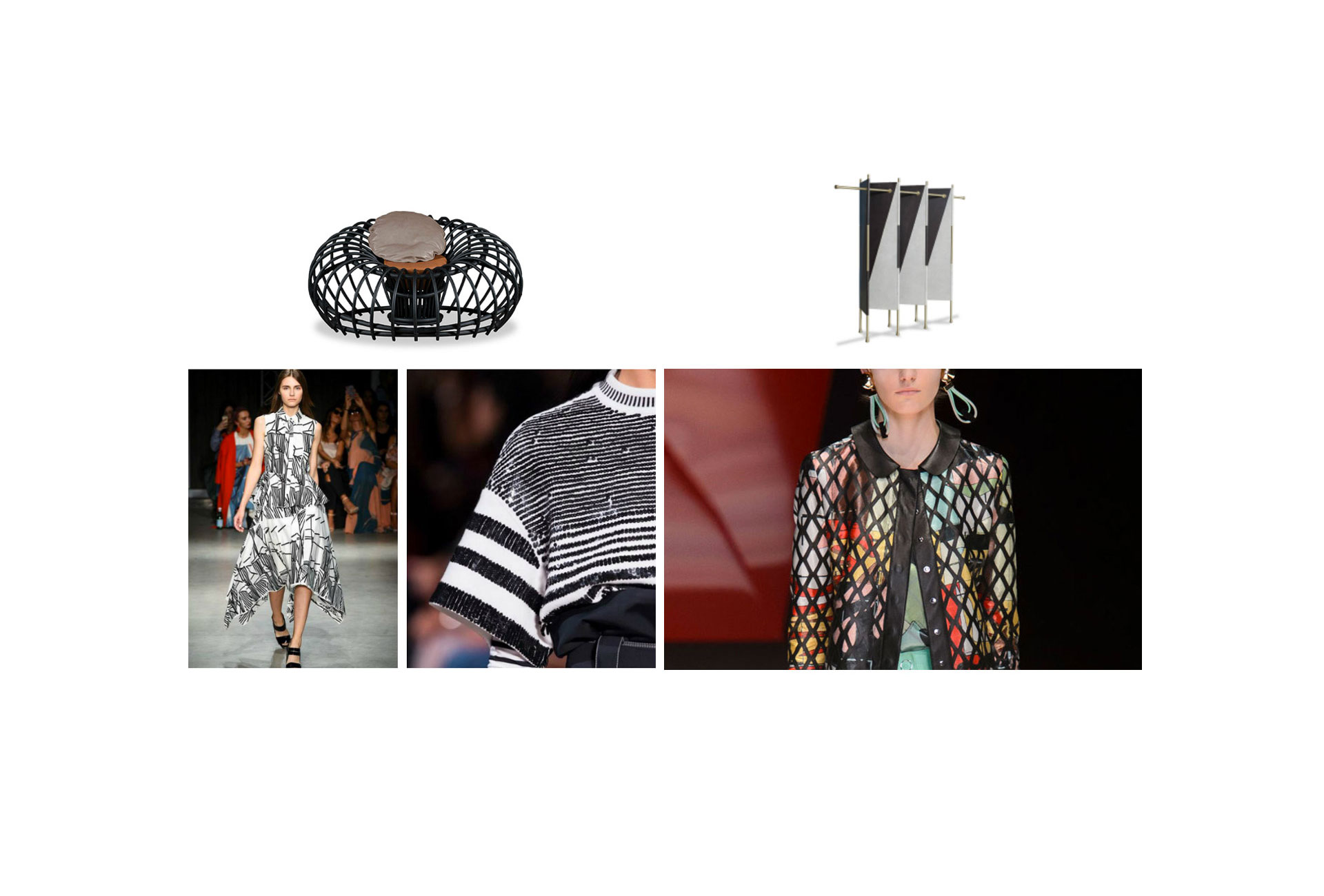